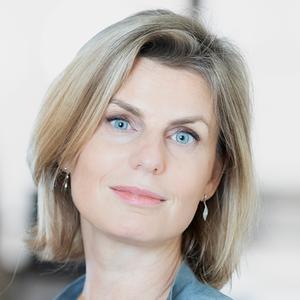 Career - Marguerite Bérard began her career at France’s Inspection Générale des Finances, working on special missions under the Head of Department. She was subsequently appointed Technical Advisor, and later Advisor, to the French President. At the end of 2010 she served as Chief of Staff in the office of the Minister of Labour, Employment and Health. In June 2012 Marguerite Bérard joined the General Management Committee of the BPCE Group as Deputy Chief Executive Officer in charge of Strategy, Legal Affairs, Compliance and the General Secretariat. In May 2016, she became Chief Executive Officer, responsible for Group Strategy, Finance and Legal affairs, and also serving as Board Secretary.
Marguerite Bérard sits on the Board of Directors of SCOR and is a member of the Executive Board of the Institut Montaigne.
Education - Marguerite Bérard graduated from the Paris Institute of Political Studies and earned a Master’s degree in Public Administration from Princeton University. Upon completion of her studies at ENA, the French National School of Administration, in April 2004, she was assigned to France’s Inspection Générale des Finances.