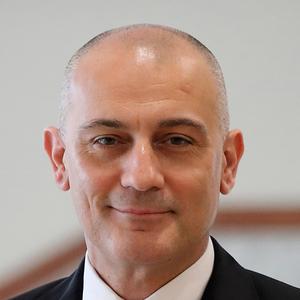 Joseph Cuschieri, Chief Executive Officer of the MFSA, is responsible for the overall management and performance of the Authority, strategy development/implementation including reforms in the financial services sector.

Throughout his professional career spanning 25 years, he held various finance-related roles, senior executive positions and directorships within the private and public sector amongst which Head of Corporate Affairs and then Chief Commercial Officer at Vodafone Malta, Chief Operating Officer at the Malta Communications Authority, senior consultant with EY and, prior to joining the MFSA, he held the position of Chairman and CEO at the Malta Gaming Authority for almost five years.

During his time at Vodafone, Mr Cuschieri was involved in key regulatory projects both in Egypt and Turkey. Furthermore, he spent a period of eighteen months enrolled on the Vodafone Group’s global leadership development programme. He has vast experience in economic regulation particularly in the electronic communications and technology sectors where he was involved in major reforms in the telecommunications sector during his time at the Malta Communications Authority. Mr Cuschieri was also a member of the Blockchain task force where he was involved in the development of a new regulatory framework for virtual currencies and distributed ledger technology. At the helm of the Malta Gaming Authority, Mr Cuschieri focused on reforming the governance of the gaming sector including a major legislative overhaul which led to the tabling of a new Gaming Bill in Parliament. In 2018, he was awarded an Outstanding Achievement Award by IMGL for his contribution to gaming sector reforms and regulation.