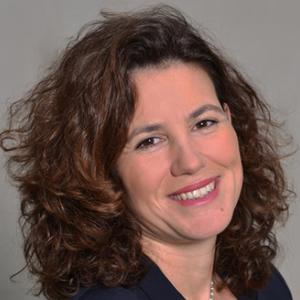 Nadia Filali began her career in the financial sector working on software solutions for asset management. After joining Caisse des Dépôts, She specialized in portfolio valuation and became Deputy Head of Financial Back-Office then Head of Client Relationship in 2008. In 2011 She joined the Department of Finances ans Strategy as Head of Strategic Projects and became Head of Business Development in 2015.
Since 2016, she has been the director of Blockchain programmes at Caisse des Dépôts, and is leading LaBChain, non commercial consortium dedicated to banking and finance insurance with 34 partners included startups and research instituts. She oversees Blockchain projects among which LaBChain, as well as multiple partnerships to support R&D in France and Europe and to launch industrial projects based on Blockchain technologies, such as Liquidshare, a post-trade Blockchain infrastructure for European SMEs.
She also supports regulatory and legislative openings for Blockchain use cases and works alongside with French institutions, and since May 2018 has been a member of the European Commission's Blockchain Forum Observatory to develop Blockchain and Fintech innovation in Europe. She is a member of the french task force launch by the french government launched in july 2019.
Since april 2019 she is board member of INATBA ( International Association for Trusted Blockchain Application) and Treasurer. Since december 2019, she is a advisor of the Blockchain Expert Policy Advisory Body (BEPAB) of OECD.
Since December 2017, I’m Board member at the Digital Development Agency launched by the Moroccan government working on digitalization of administrations included blockchain solutions.
She is also a mentor for Chain Accelerator.