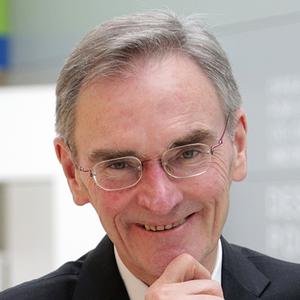 Greg Medcraft was appointed Director of the OECD’s Directorate for Financial and Enterprise Affairs in November 2017, where he leads the Organisation’s work on markets policy and business conduct.

Mr Medcraft began his professional life at accounting firm KPMG, before moving to Société Générale, where he worked in Australia, Asia, Europe and the Americas, finishing his 30 year career there as Managing Director and Global Head of Securitisation. During this time he also served as CEO of the Australian Securitisation Forum, and Chairman and Co-Founder of the American Securitization Forum.

From 2009 to 2017, Mr Medcraft was Commissioner and then Chairman of the Australian Securities and Investments Commission (ASIC), Australia's corporate, markets, financial services and credit regulator. Mr. Medcraft was also Chair of the IOSCO Board and a member of the Financial Stability Board from 2013 to 2016.

Mr. Medcraft has also held elected public office, including as mayor of cities in Melbourne and Sydney.