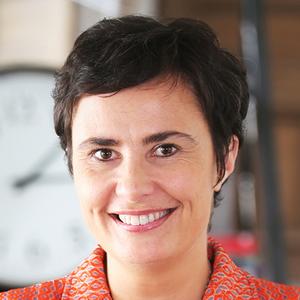 Stéphanie Hospital is the Founder & CEO of OneRagtime, the disruptive venture platform, backing early-stage start-ups in Europe in their full journey to success and making investment seamless for its community of 500+ investors. Operating as a “fund-as-a-platform”, OneRagtime is the next generation of venture capital funding. Internalised technological knowledge, digitalised investment processes, and a hybrid investment model (crowd equity and funds), position OneRagtime as a unique player in the European Venture Capital ecosystem. It already counts over 17 companies in its portfolio and invest tickets from 1 to 4 m€, such as onoff, +Simple, Make.org, phantombuster, JellySmack … Alongside the technology, the international community of over 500 qualified and accredited investors is the backbone of the OneRagtime model and a crucial asset in this scale-up model.

Before launching OneRagtime, Stéphanie was at the head of the Orange Digital Business Unit where she led the acquisition of Dailymotion, among others, and major partnerships with key internet players. Stephanie graduated from Grenoble Ecole de Management.

In 2019, Stéphanie was selected as one of the “40 Femmes Forbes”, a list paying a tribute to the 40 most influential French women. As one of only a few women founders of venture capital funds, Stéphanie champions the “importance of educating women and promoting their success in an otherwise masculine industry” (as she stated while welcoming Michelle Obama at the Accors Hotel Arena on April 2019).

Only three years after the start of investments, Stéphanie has led OneRagtime to be nominated as “Seed Fund of the Year” by GP Bullhound two years in a row (2018 and 2019).