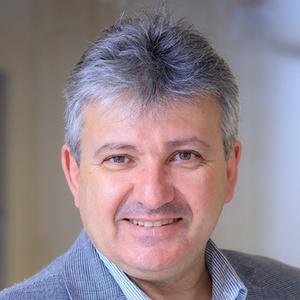 Eric is a serial entrepreneur who began his carreer in the tech world at IBM, in 1988, where he acquired tech skills and knowledge. He stayed at IBM for about ten years before starting his very first company, in 1998. In 2004 he joined the ranks of Euroclear Bank, champion of securities dematerialization, in which he remained for three years. In 2006 he co-founded his first fintech. In 2011, with his business partner, they released their first payment card program, and it is in 2014 that Treezor was officially incorporated. Treezor has been operating since 2016 when it received its approval from the French regulator and signed its two first clients, two of the other most succesful European fintechs. Treezor is now the leader of Banking-as-a-Service in France, with more than 50 clients. In 2019, as Treezor was acquired by the Societe Generale group, Eric remains the Managing Director. Since then he continues to lead the company towards new hights and through its internationalization.