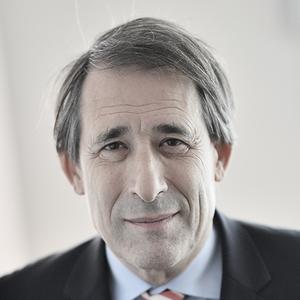 Robert Ophèle was appointed Chairman of the Autorité des Marchés Financiers by Decree of the French President from the 1st of August 2017. He will replace Gérard Rameix whose term will expire on the 31st of July.

Robert Ophèle (60), graduated from the ESSEC business school, joined the Banque de France in 1981 and spent three years in banking supervision before joining the Monetary Studies and Statistics Directorate as an economist, specialising in the interaction between financial market developments and monetary policy. Following a secondment to the Federal Reserve Bank of New York between 1990 and 1991, he returned to the Banque de France as Head of the Budget Division, and subsequently took up the position of Director of the Management Control and Budget Directorate. In this role, he represented the Banque de France on various Eurosystem committees.

In July 2006, he was appointed Deputy Director General Economics and International Relations, with responsibility for monetary policy issues and for the Bank’s collaboration with universities. In June 2009 he was promoted to the position of Director General Operations, and took charge of market operations, the oversight of French payment systems, financial stability and customer banking services. While in this post, he actively participated in the work of various financial bodies (Chairman of the National SEPA Committee, Chairman of the Paris Robustesse group and of the Market Infrastructure group).

Robert Ophèle became Second Deputy Governor of the Banque de France in January 2012, and was appointed by the Governor to represent him as Chairman of the Autorité de contrôle prudentiel et de résolution (French Prudential Supervision and Resolution Authority - ACPR). He became a member of the college of the Autorité des marchés financiers (French Financial Markets Authority - AMF) iand of the Supervisory Board of the Caisse des Dépôts, and in January 2014, became a member of the Supervisory Board for the European Central Bank’s Single Supervisory Mechanism.

Robert Ophèle is a Chevalier of the French Legion of Honour.

The AMF Chairman, who also chairs the Board, is appointed by a presidential decree for a non-renewable irrevocable five-year term.