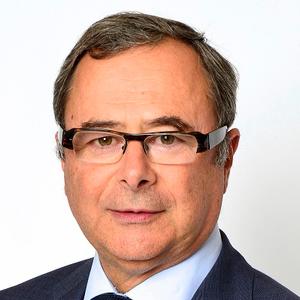 Career
Jacques Richier began his career in the oil industry (Coflexip). He then came to the
insurance business in 1985, joining AZUR, a Mutual Insurance Company. There, he was IT
and Organization Manager before being appointed CEO and both Chairman and CEO as
of 1998.
In 2000, he joined Swiss Life France as CEO, becoming Chairman and CEO in 2003. In
2008, Jacques Richier was offered the position of CEO of AGF and, in 2010, he became
Chairman and CEO of Allianz France. In 2014, he is also Chairman of Allianz Worldwide
Partners, a company dedicated to B2B2C, becoming in 2016, Chairman of the Supervisory
Board.
Jacques Richier holds a postgraduate degree in Physics of Materials from INSA (French
National Institute of Applied Science). After being offered a visiting scholar position by the
Lawrence Berkeley National Laboratory in Biophysics, California (USA), he took an MBA
course in HEC (Paris) in 1984.
Current Responsibilities
- Chairman of the Board and CEO of Allianz France
- Member of the Supervisory Board of Allianz Partners
- Chairman of the Board of Allianz Morocco
- Director of Georgia Healthcare Group Plc, IDI and Rothschild & Co
- Member of the Board of the Fédération Française des Sociétés d’Assurance (2003-2016)
- President of the Development Council of Nice Côte d’Azur Metropolis
- Local councillor for Valdeblore (as of 1989)