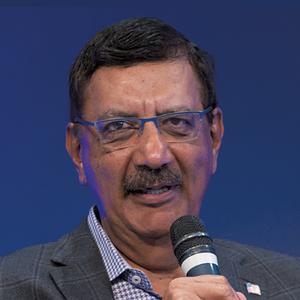 Jay S. Sidhu is Chairman and CEO of Customers Bancorp, Customers Bank, BankMobile, a division of Customers Bank, and BankMobile Technologies. When Sidhu joined the company in 2009, Customers Bank, previously known as New Century Bank, was a $250 million asset-troubled bank. Today, it is an $11.2 billion asset high-performing bank. Before assuming leadership at Customers, Sidhu was Chairman and CEO of Sidhu Advisors, LLC, a private equity and financial services consulting company based in Palm Coast, Fla. and Reading, Pa. from 2006-2009. Prior to that he was Chairman and CEO of Sovereign Bancorp, Inc. and Sovereign Bank, a $90 billion financial institution, until his retirement on Dec. 31, 2006.
Mr. Sidhu received Financial World's CEO of the year award in 2007, 2008 and 2009, and was named Turnaround Entrepreneur of the Year. In 2016, he was named Financial Technology Entrepreneur of the year. He has received many other awards and honors, including a Hero of Liberty Award from the National Liberty Museum. Mr. Sidhu also serves as a Director of Atlantic Coast Financial Corporation, the holding company for Atlantic Coast Bank, with main offices in Jacksonville, Florida. Mr. Sidhu has also served on the boards of numerous businesses and not-for-profits, including as a member of the board of Grupo Santander. He obtained an MBA from Wilkes University and is a graduate of Harvard Business School's Leadership Course. Mr. Sidhu also helped establish the Jay Sidhu School of Business and Leadership at Wilkes University. Mr. Sidhu's demonstration of day-to-day leadership, combined with his extensive banking sector experience, provide the Board with intimate knowledge of Customers Bank's direction and strategic opportunities.