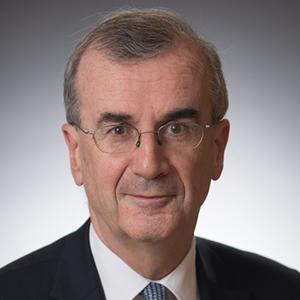 François Villeroy de Galhau has been Governor of the Banque de France since
2015. An ENA graduate and a former Inspector of Finance, he joined the French
Treasury in 1988 and held various posts in ministerial cabinets, at the French
Treasury, then at the Permanent Representation of France in Brussels, before
becoming Chief of Staff to the Minister of the Economy, Finance and Industry in
1997. Appointed Head of the General tax Directorate in 2000, he became CEO
of Cetelem in 2003, then headed the retail banking activities of BNP Paribas in
France (2008) and served as COO of BNP Paribas Group, from December 2011
until May 2015. At this date, the French government entrusted him with an
assignment on corporate investment financing.