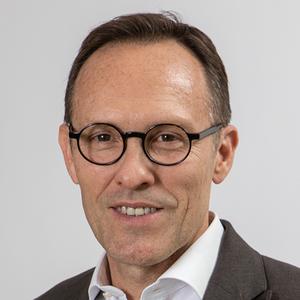 Nicolas Huss has a deep understanding of and experience in the Payments Industry, and a proven track record of growing profitable businesses.

Nicolas Huss was appointed Chief Executive Officer in November 2018, following his nomination as Chief Operating Officer in July 2018, in which capacity he oversaw the management of the two Group business units: ‘Retail’ and ‘Banks & Acquirers’. He had been EVP of the Retail Business Unit since September 2017.

Nicolas has a significant expertise in the financial services industry and a track record of building successful and diverse international teams. Most recently, he was the CEO of Visa Europe and in his earlier career, he worked for GE Capital, Bank of America and Apollo Global Management.

Nicolas Huss holds a degree in Law and an MA in Political Science and Government.