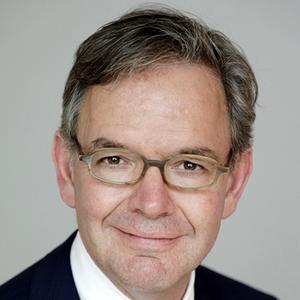 Steven Maijoor has been the Chair of the European Securities and Markets Authority (ESMA) since taking up office 1 April 2011. He is the first chair of the authority and is currently serving his second five-year term. He is responsible for representing the Authority as well as chairing ESMA’s Board of Supervisors and the Management Board. The role of the Board of Supervisors is to give strategic guidance to ESMA and make all main regulatory and supervisory decisions. The Management Board's purpose is to ensure that the Authority carries out its mission and performs its tasks.
Prior to taking up this role, Steven was Managing Director at the AFM, the Dutch financial markets regulator, where he was responsible for capital market supervision, including financial reporting and auditing, prospectuses, public offerings, and the supervision of the integrity of financial markets. During his term, the scope of activities of the AFM vastly expanded and he was responsible for building and implementing supervision in the capital market area. In his regulatory role at the AFM, Steven has held a number of international positions, including the Chairmanship of IFIAR (International Forum of Independent Audit Regulators).
Before joining the regulatory world, Steven was the Dean of the School of Business and Economics at Maastricht University, and had pursued a long career in academia which included a variety of positions at Maastricht University and the University of Southern California.
He holds a PhD in Business Economics from Maastricht University, was a research student at the London School of Economics, and has a master in Business Economics from the University of Groningen.