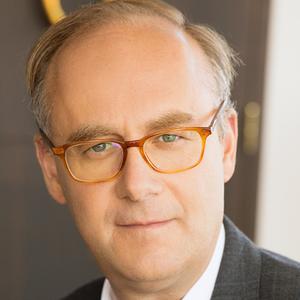 Paul de Leusse is Deputy CEO of Orange and CEO of Orange Bank. He joined Orange in May 2018 to develop mobile financial services in Europe and Africa for Orange Group.
He started his career as a Consultant and later Partner at Oliver Wyman and then Bain & Company from 1997 to 2009.
In 2009, he was appointed Head of Group Strategy at Crédit Agricole SA. In 2011 he joined Crédit Agricole Corporate and Investment Bank as its Chief Financial Officer and later as a Deputy Chief Executive Office. In 2016, he became Chief Executive Officer of CA Indosuez Wealth.
He was a member of the Board of Directors of the Union des Banques Arabes et Françaises from 2011 to 2018 and of the Grameen Crédit Agricole Foundation from 2016 to 2018.
Paul de Leusse is a graduate of the Ecole Polytechnique and holds a civil engineering degree from the École Nationale des Ponts et Chaussées.