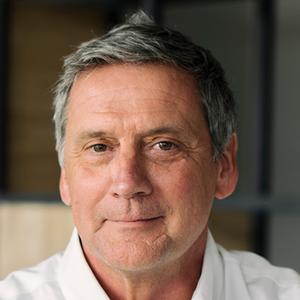 Geoffroy de Schrevel graduated from Université Catholique de Louvain (Belgium) and from Cornell University (USA).
After teaching at various universities, he established and developed the Eurocard/Mastercard franchise in Central /Eastern Europe and in Turkey.
Later he was part of the group that founded Maestro - the global debit brand.

After a few years at KPMG and at Swift, in 2009, he took the helm of Gambit Financial Solutions, one of the first ever Fintech, and turned it into a muti-million company. With Gambit he founded Birdee a European leading robo advisory solution.
Today Gambit and Birdee are present on 3 continents, and, directly or indirectly, are used by more than 1 million consumers.