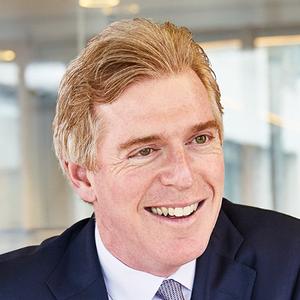 Profile
Mark Bloom was appointed Chief Technology Officer of Aegon N.V. on January 1, 2016, effective as of February 1, 2016, and as a Member of the Management Board in 2016.

Mark has over 30 years’ experience in information technology. He joined Aegon from Citi, where he served as Global Head of Consumer Digital and Operations Technology, responsible for Digital, Data and Operations technology solutions and innovations, including Citi’s online and mobile banking applications, ATMs, and Call Center technologies. Prior to that, he held a number of technology leadership positions in financial services and the aerospace industry.

At Aegon, Mark is responsible for leading the company’s technology and innovation activities across the globe, including leadership of Aegon’s digital initiatives, leveraging technology to drive efficiency and focus on improving the customer experience.


Education
Educated in the US, Mark is a graduate of Bucknell University, where he obtained his undergraduate degree in Computer Engineering (1986). He also holds a Master of Science degree in Electrical Engineering from Virginia Tech (1990), and an MBA from Georgetown University (1996).


Personal
Mark (53) is a US citizen. He and his wife and two children live in Baltimore, Maryland. His interests include golf, boating, music and following his favorite sports teams.