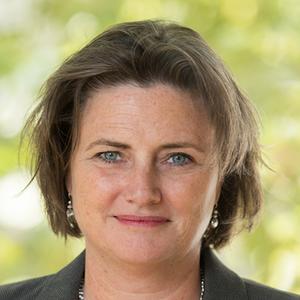 Karien van Gennip has served as CEO of ING in France since October 2015. ING in France is composed of Retail Banking, a leader in online banking with 1 million customers, and Wholesale Banking, as the international player serving large French companies as clients. Karien is passionate about customer experience, innovation, sustainability, diversity, and the future of work.

Karien was elected co-presidenteof Financi’Ellesin May 2019 and serves on the Board of Directors of INSEAD since February 2019. She was also a Board member and Vice Chairman of the International Chamber of Commerce (ICC) from 2012 to 2019. In 2017 she was a member of the steering committee of the Institut Montaigne publication ‘L’Europe dont nous avons besoin’.

Prior to ING, from 2003 to 2007, Karien served as Secretary of State of Economic Affairs/ Minister for Foreign Trade in the Dutch government. She also served as a member of the Dutch Parliament from 2006 to 2008. Karien began her career in 1994 as a management consultant for McKinsey&Company in Amsterdam, and later in San Francisco. In 2002, she continued her career with the Dutch Authority for the Financial Markets (AFM). Karien was previously a member of several Supervisory Boards in the Netherlands (eg. SOS Children’s Villages, Cordaid, Deltares).

Karien is married with four daughters and lives in Paris. She holds a Master degree of Delft University of Technology (1987) and an MBA from INSEAD (1995, Dean's List). In 2008, Karien was elected Young Global Leader by the World Economic Forum.